Showing posts from October, 2021
Show All

Beautiful Norwegian Forest Cat but is the muzzle triangular enough? 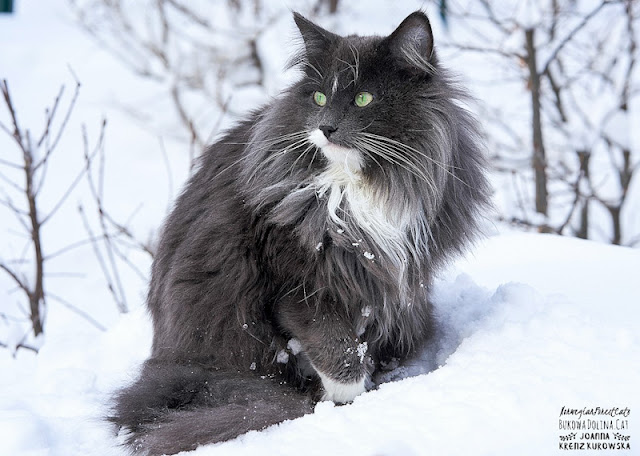 The TICA breed standard requires that the Norwegian Forest Cat has large, wide-set, almond eyes. The head should fit into an equilateral triangle. You'll have to visualise that. The muzzle should be pleasingly round but fit into the straight lines of a wedge. Hence the term 'Wegi' or 'Wegie' to describe this breed. I have seen this nickname spelled in other ways.  I have a slight problem with the beautiful cat on this page in that I think the muzzle is perhaps too big and square. Too much like the muzzle of a Maine Coon. It does not fit neatly into a wedge. My knowledge of the Norwegian Forest Cat is that the distinguishing feature of this cat in comparison to, for example, the Maine Coon is that the muzzle is quite pointed. The muzzle of this beautiful cat is not pointed therefore I don't really think it actually meets the breed standard that well. I'm sure that the breeder would strongly disagree with me. ASSOCIATED: About the NFC muzzle an important featu
Post a Comment
Read more

Are Norwegian Forest cats meant to be big? 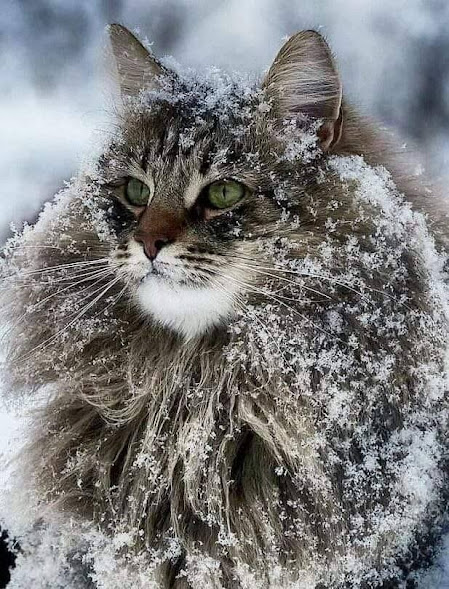 NFC in the snow. Image: Reddit.com Some people think that Norwegian Forest cats are big and that they're meant to be big. They are, in general, bigger than the average domestic cat. But they are not as big as Maine Coons. People sometimes take them for Maine Coons and vice versa but they do look different. The biggest difference is the muzzle which is quite square for the Maine Coon and quite pointed for a genuine Norwegian Forest Cat . Norwegian Forest Cat. Photo: Pinterest. The answer as to whether Norwegian Forest cats should be big can be found in any cat association breed standard. In this instance I have selected the CFA breed standard. The introduction to the breed standard states that this is a "sturdy cat" with a recognisable body shape. But no mention of the cat being large. However, under the section "body" they say that this breed should be:  "Solidly muscled and well-balanced, moderate in length, substantial bone structure, with powerful app
Post a Comment
Read more

Can Norwegian Forest Cats go outside? 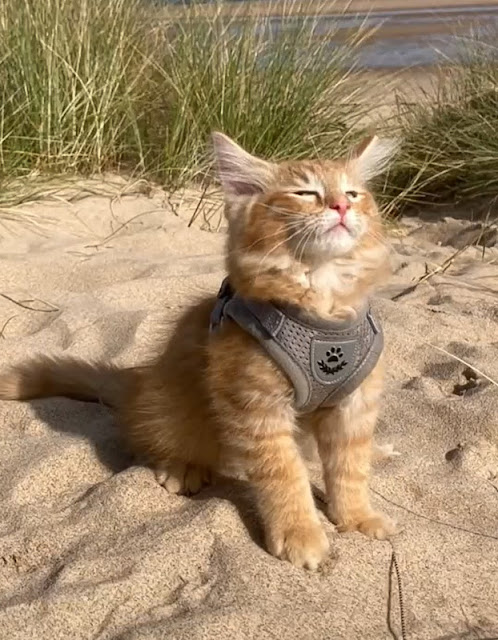 It's a perfectly valid question. Can Norwegian Forest Cats go outside? What the questioner is asking is: should I allow my Norwegian Forest Cat to go outside? And the answer is a qualified yes. It is qualified by the fact that you will have to supervise your cat or allow her out to an enclosure of some sort. The better option which requires more input is as per the video below.  And one of the best ways to supervise your cat is to leash train her. In addition, you should be training her to go outside with you in a supervisory role at a very young age.  Can Norwegian Forest Cats go outside? Yes, on a leash and supervised (video)!. Screenshot. This way they get used to it. And the same goes for leash training. Or indeed any other training such as clipping their nails. You start from an early age and they won't complain. This is exactly what this person did. It's a nice little video which, to me, explains how you allow your valuable purebred cat to go outside safely. Can Norw
Post a Comment
Read more
More posts