Showing posts from February, 2022
Show All

Norwegian Forest cat in America's south with a lion cut 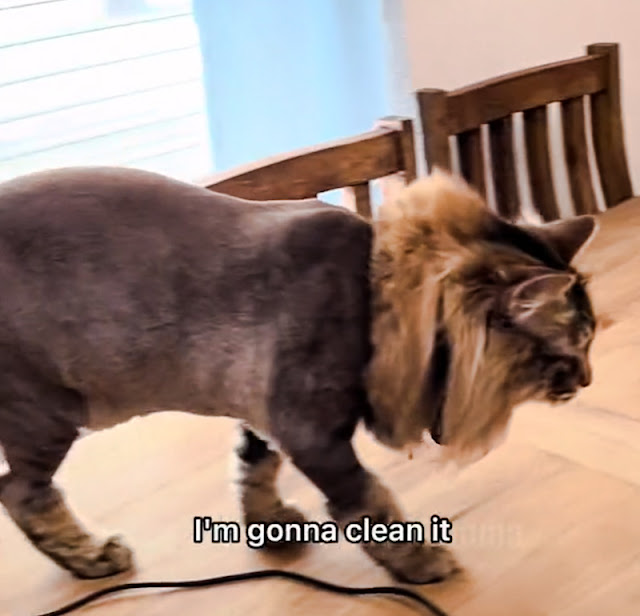 Screenshot. Not much to add except that this is the first time I have seen an NFC (Norwegian Forest Cat) with a lion cut. I think they (the cat and owner) live in Southern America which can get damned hot. Lion cuts are useful under those circumstances if you don't want to run the air conditioning all the time or don't have it. Not all Americans living in hot states have air cond. as far as I am aware although as a whole America has by far the largest carbon footprint per capita of all the nations. And air cond. is a major contributor to that unwelcome award. RELATED:  The lion cut: no, it’s not cruel . Is a lion cut a bad thing? Not always. If the cat has to be sedated which carries a small risk a lion cut would seem frivolous. But the NFC's coat is designed for Norway not Texas or Alabama so the lion cut makes sense for this cat breed in those states. In truth the NFC is not really suited to the American south. They are out of place.
Post a Comment
Read more
More posts