Showing posts from March, 2022
Show All 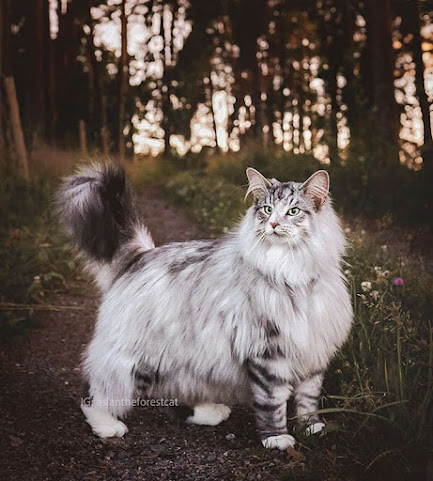 There is a rather disturbing study on the Internet published October 12, 2011 which looked at the body weight of purebred cats, mainly, and also non-pedigree cats. In all there were a total of 539 purebred and 75 non-purebred cats in the study. They found that intact cats i.e. cats that had not been sterilised were nearly always of the correct weight. There were only 7% of intact males and 3% of intact females that were overweight. Overweight NFC? It is desirable that the NFC is large but where is the line between being large because they are overweight and large because they are big boned? Conversely, among the neutered cats they found that 50% of the males were overweight and 38% of the females were overweight. This to me indicates that males are more prone to become overweight after sterilisation than females.  And further, it is disappointing to see this high figure of overweight neutered cats. It indicates that owners are not adjusting downwards their cat's diet after neuterin
Post a Comment
Read more 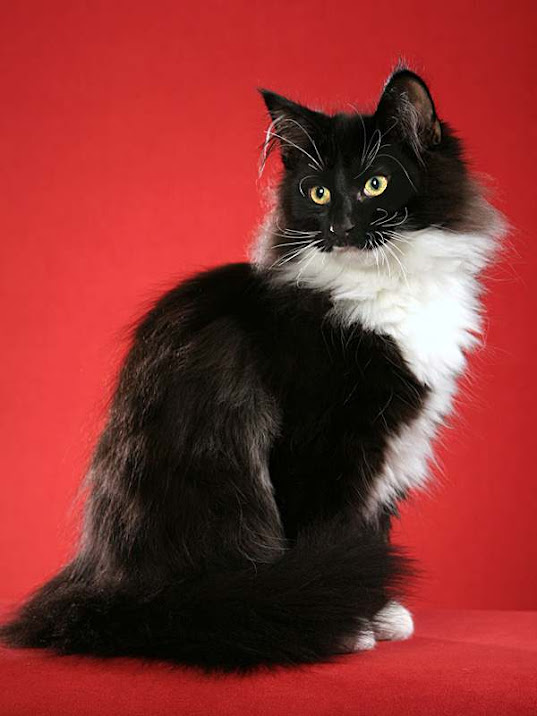 A rather strange study on the Plos One website came to the conclusion that Norwegian Forest Cats were 4-7 times more likely to contract toxoplasmosis than Burmese cats. In fact, they found that three other breeds were also far more likely to suffer from this condition. These breeds are Birmans, Ocicats and Persians. In the words of the scientists, they said that: "According to the final multivariable logistic regression model, the odds to test seropositive were four to seven times higher in Birmans, Ocicats, Norwegian Forest cats and Persians when compared to the Burmese, while older age and receiving raw meat were also risk factors for T. gondii seropositivity". 'Seropositivity' means testing positive for the protozoan parasite in the blood. Norwegian Forest Cat. Photo: copyright Helmi Flick. They were basically comparing these cat breeds: Birman, British Shorthair, Burmese, Korat, Norwegian Forest Cat, Ocicat, Persian, and Siamese, in terms of whether they were i
Post a Comment
Read more 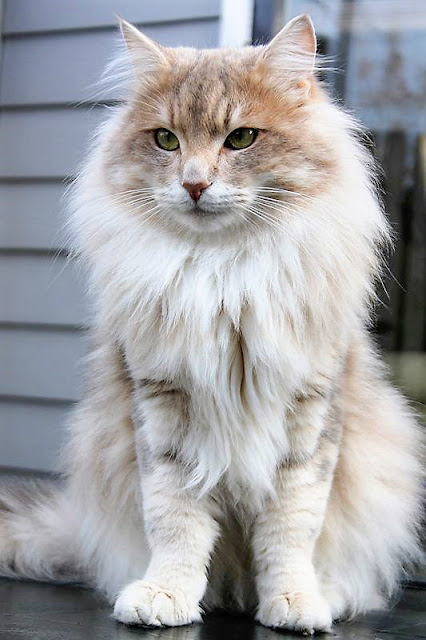 There is a study on the Internet, published on October 30, 2014 on Sage Journals and another scientific journals, which is called Familial cardiomyopathy in Norwegian Forest cats . In their summary they start by saying that the NFC is often listed as a breed which is predisposed to cardiomyopathy. I interpret that as meaning hypertrophic cardiomyopathy which is commonly referred to as HCM. It is a very common heart disease in domestic cats, particularly certain cat breeds. The Maine Coon is also affected. Norwegian Forest cats are predisposed to inherit familial cardiomyopathy. This is a beautiful NFC. The picture is here to illustrate the page and I have no evidence of a link between HCM and this individual cat. Pic in the public domain. They concluded with the statement "Pedigree data analysis from 871 NFCs was supportive of familial cardiomyopathy in this breed." The other words, they confirm that the NFC is predisposed to developing HCM. A health insurance website mention
Post a Comment
Read more

Why are Norwegian Forest Cats large? There are two reasons why the Norwegian Forest Cat (NFC) is large. Their size is just behind that of the Maine Coon which is the largest domestic cat breed excluding the F1 wild cat hybrids . The NFC can weight up to around 20 pounds. The typical (not extreme) Maine Coon can weigh around 22 pounds.  NFC Grand Champion. Photo: unassigned. For the first reason we have to go back perhaps a thousand years to Norway. A relatively cold country. We all know that.  A thousand years ago the NFC was not the NFC. It was a free-breeding random-bred cat like any other moggy. And free-breeding domestic and semi-domestic cats in cold climates such as Scandinavia, Russia, Canada and northern United States have larger and heavier skeletons. This is natural evolution. It is nature's way of improving the survival of cats living in cold climates. The heavier and bigger the cat, the less the cat suffers from heat loss through their skin. Larger cats loss less heat than smaller cats because larger cats
Post a Comment
Location: Norway
Read more
More posts